Paolo Troubetzkoy, one of the brightest sculptors- impressionists, whose innovative approach determined the aesthetics and artistic language of the early 20th century.
The future sculptor, the son of the Russian Prince Peter Troubetzkoy and American opera singer Ada Winans, was born in 1866, in Italy, in the village of Intra near the Lake Maggiore. He lived in Italy, Russia, France and the United States, traveled to England, Finland and other countries, deriving ideas and inspirations from everywhere.
Giuseppe Grandi wielded the major influence on Troubetzkoy. Paolo was admitted at his studio in 1884. Due to the scarcity of academic education, Troubetzkoy was able to move agilely beyond the established form and technique boundaries. Without any qualms, he gave the preference to the broad style and direct manner of improvisation.

Parisian celebrities and the rank and fashion representatives ordered the sculptor their bronze portrait busts or statues. Troubetzkoy sculptured the persons that belonged to the artistic world as well – the French sculptor Auguste Rodin, Spanish painter Joaquín Sorolla and collector Pedro Gilles Moreno de Mora were among them.
George Bernard Shaw, the outstanding playwright and novelist, the Nobel Prize winner in literature posed for Troubetzkoy during the sculptor’s trip to England. Afterwards Shaw and Troubetzkoy became friends.
In 1897, Troubetzkoy was invited to Russia to take a position of the secondary tutor in the sculptural class at the Moscow School of Arts, Sculpture and Architecture. He was officially listed there until 1906. The artisan’s presence was compared to a breath of fresh air. Troubetzkoy acquainted young Moscow sculptors with the innovative impressionism technique. The Impressionism re-oriented visualization of the expanse that Troubetzkoy intertwined with the concept of his sculptural works. The theme and environment were merging in his works. At the same time, Troubetzkoy became the sculptor that, according to the words of Auguste Rodin, pioneered “the Russian triumph” in the world.In 1900, Troubetzkoy exhibited his sculpture at the Exposition Universelle of 1900 and shared the Grand Prix with Rodin.

The major Russian artists, writers and aristocracy representatives were the sculptor’s models in Moscow and St. Petersburg. The writer Leo Tolstoy, Princess Marina Nikolaevna Gagarin with her daughter Marina, opera singer Feodor Chaliapin, Grand Dukes Pavel Alexandrovich and Andrei Vladimirovich, public official - count Sergei Witte were embodied in his works. Troubetzkoy was the author of the monuments to Emperors Alexander II and Alexander III (erected in 1909 at the Znamenskaya Square, nowadays – in front of the Marble Palace).

In 1906, Troubetzkoy moved to Paris, and in 1914, at the invitation of the American collector, he left for the USA for several months, but due to the World War I, he remained there until 1921. Troubetzkoy became a sought-after sculptor in the USA as well as in Europe. Nevertheless, being a creative person, he was experiencing peaks and valleys in his creative work. In 1921, the sculptor returned to Paris. At this period, he created a portrait of Giacomo Puccini for the La Scala Theater.The monument was erected in front of the composer’s house near Viareggio.
In 1932 sculptor returned to the Italian Pallanza, to Villa Cabianca. During the last years of the sculptor’s life, his personal exhibitions were held in Milan and Bergamo, Egypt and Spain.
Occasionally Troubetzkoy practiced painting, pastels and watercolors. He was a member of the Accademia di Belle Arti Milano, member of The Salon d'Automne in Paris, one of the initiators and participants of the almanac Mir Iskusstva (World of Art) expositions, an honorary member of the Society for Travelling Art Exhibitions.
Paolo Troubetzkoy died on February 12, 1938. His works remain to be the centerpiece of many museums’ repositories around the world. The museum Collection is one of those museums. 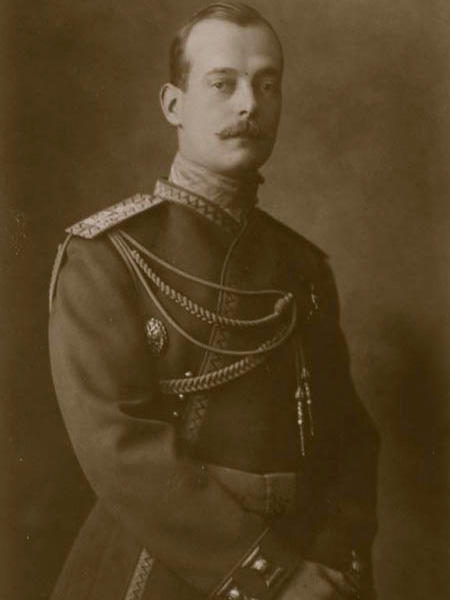 Mathilde Kschessinska, the wife of Andrei Vladimirovich, recalled in her memoirs that while in emigration, she saw in the Paris studio of Paolo Troubetzkoy "a flattering small statuette of Andrei, whom he sculpted back in Russia in 1910". 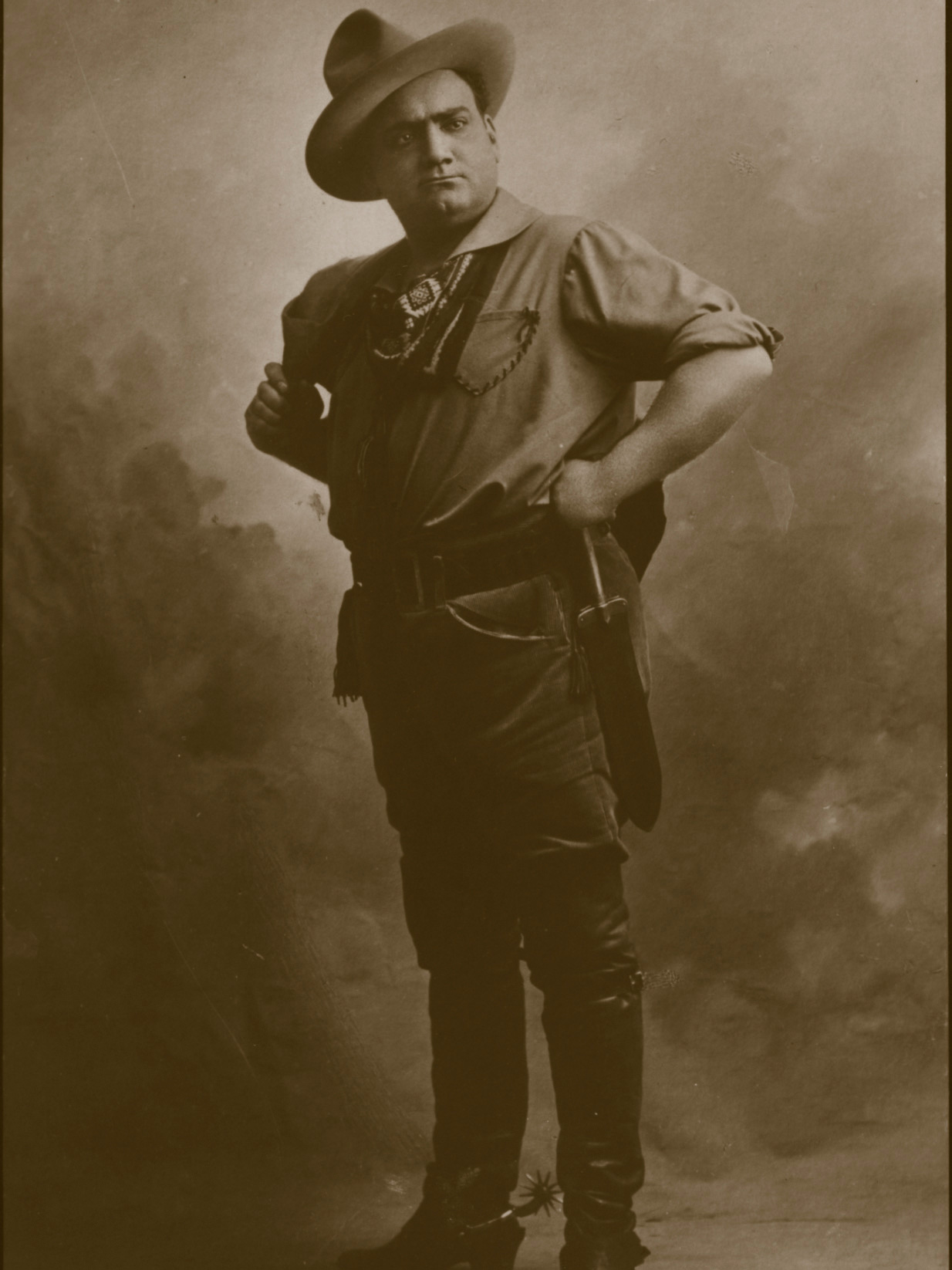 Caruso is presented in his stage outfit for the opera “Fanciulla del West” by Puccini, first staged in New York, in 1910 under the musical direction of Arturo Toscanini. Troubetzkoy created portraits of three legendary musicians that worked on this production. 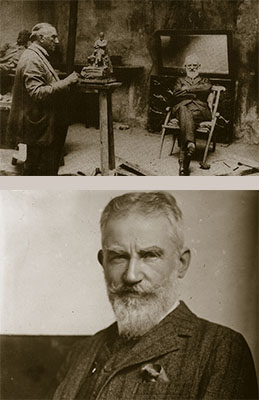 The statuette was created in the Trubetskoy's studio on the shore of Lake Maggiore in July 1926, when Shaw was vacationing in the neighboring Stresa, celebrating his 70th birthday. Shaw liked the portrait so much that he insisted on surplus payment for it, noting that a check for 100,000 lire "probably would not even recompence for such a wonderful work, for which they will never pay quantum sufficit". “One of the few geniuses about whom one should speak only in a remarkable degree. He is the most amazing sculptor of the present time". 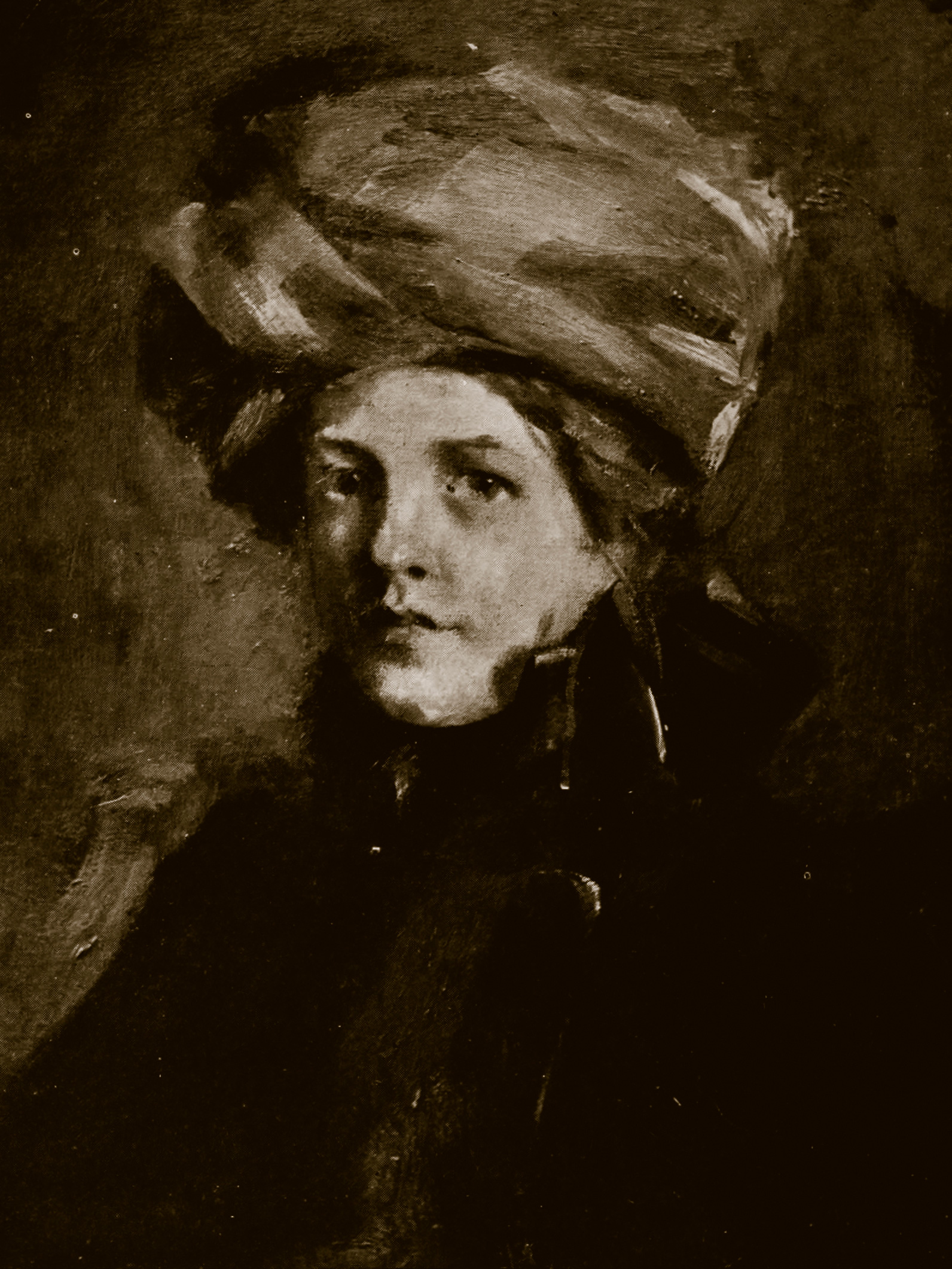 “Princess Troubetzkaya, Swedish by origin, was a charming, beautiful woman. Paolo loved her as much as she loved him; she put up with all his eccentricities up to and including wolves, but he failed to accustom her to “integral” vegetarianism”. 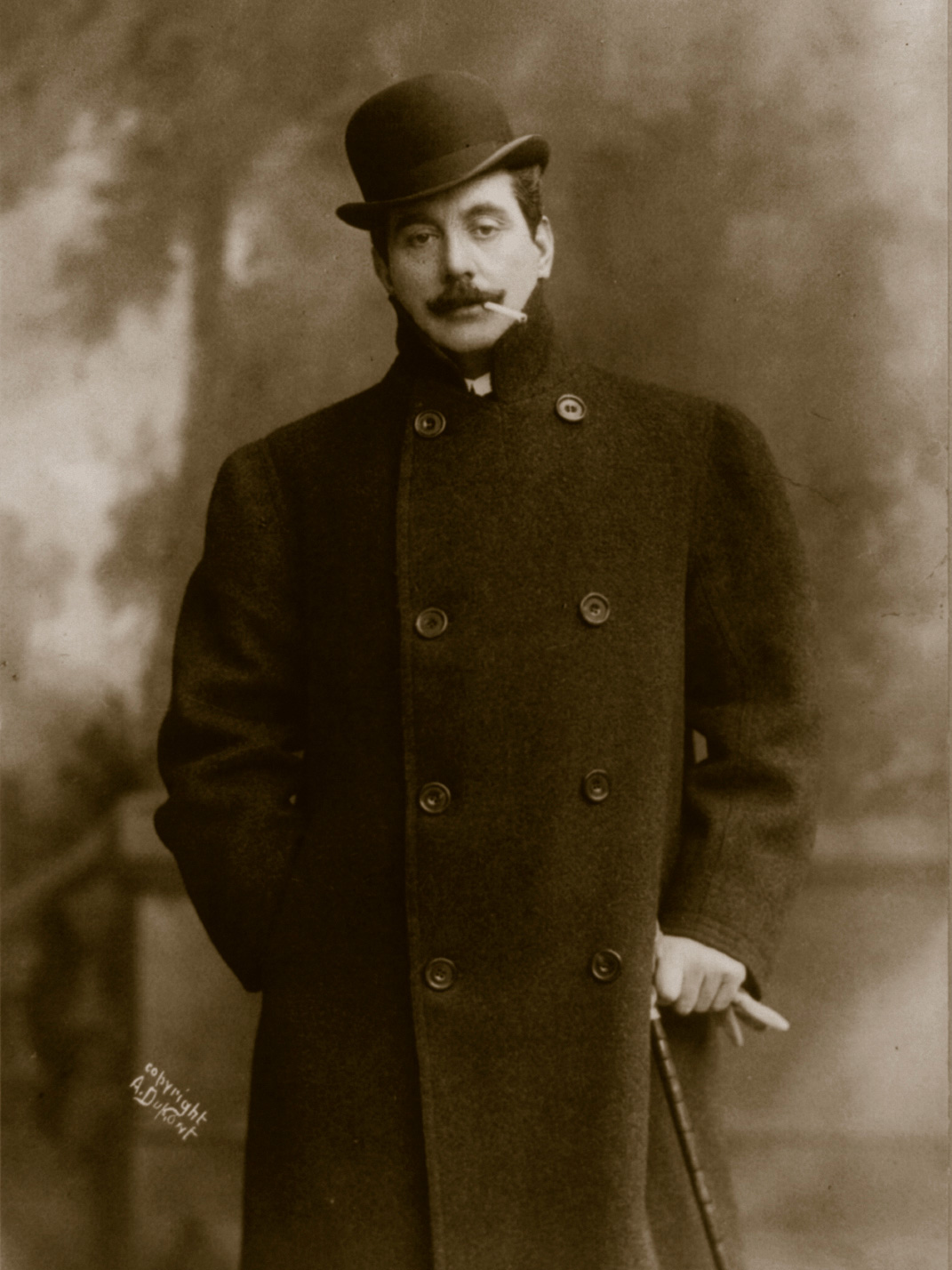 It is believed that the statuette Puccini was created in the same period with other portraits of musicians that he created circa 1912. When the composer died in 1924, his statue was commissioned for the Teatro alla Scala. 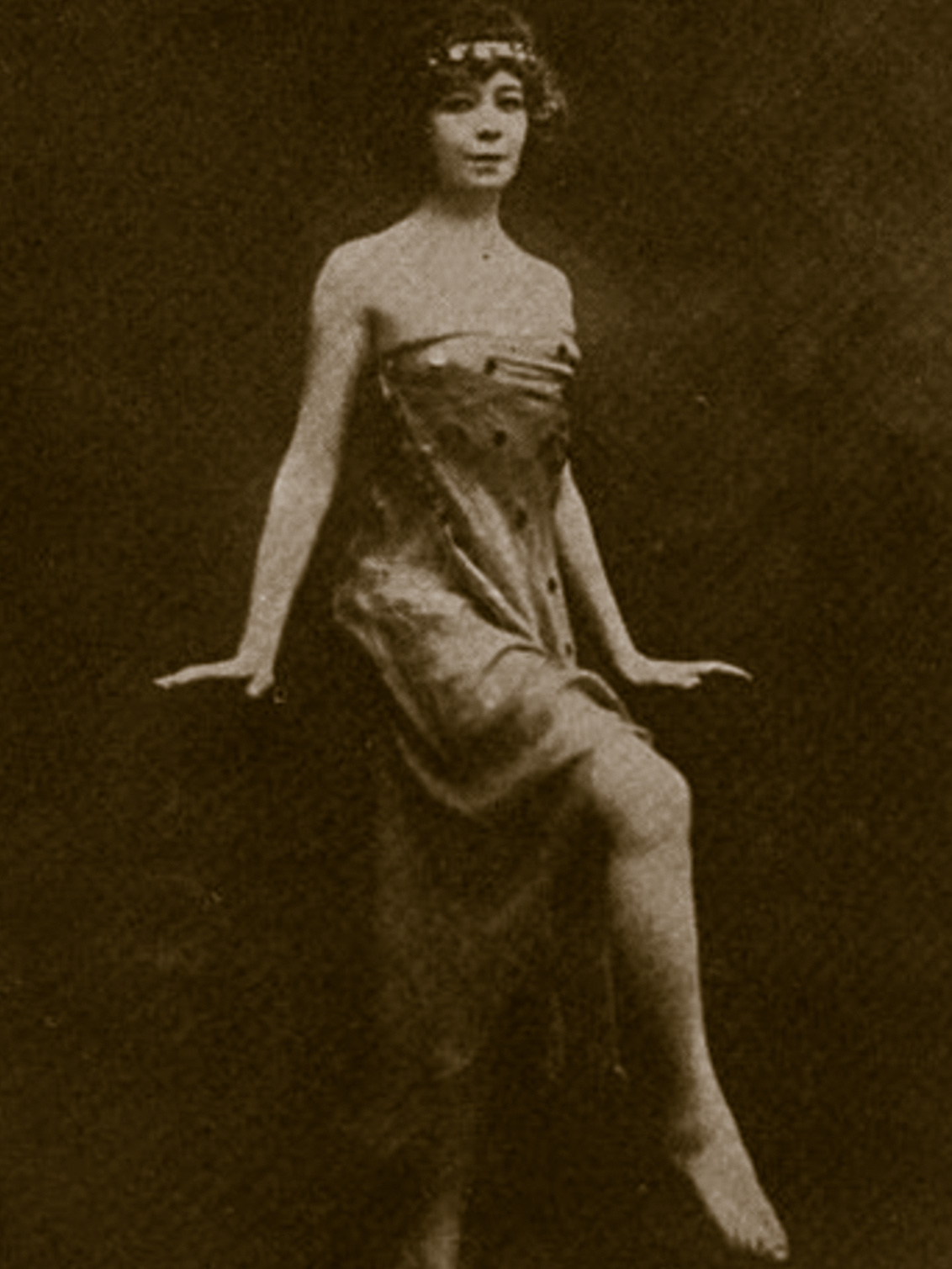 Paolo Troubetzkoy saw Tamara Svirskaya, a student of IsadoraDuncan, in one of the performances and immediately took up the dynamic image of the barefoot dancer. The Impressionism and Russian Art Nouveau style are linked in this figurine. 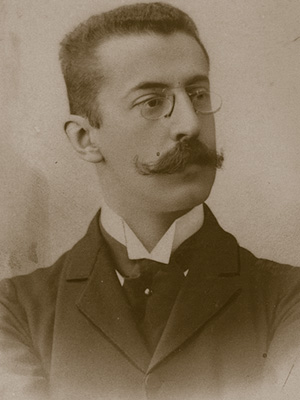 Pedro Gille Moreno de Mora, a collector from a Catalan family, and Paolo Trubetskoy were thrown together by a common friendship with the Spanish painter Joaquín Sorolla. Gille had already been living in Paris when Troubetzkoy opened his workshop in the city of Boulogne-sur-Mer, in the north of France. Gille he was invited to pose as a model. Two works by Troubetzkoy

featuring Pedro Gille are known - one of them is a full-length portrait, and the other one depicts the collector sitting on a sofa. The latter is very similar to the bronze portrait of Sorolla, which is currently stored in the Museo Sorolla in Madrid. 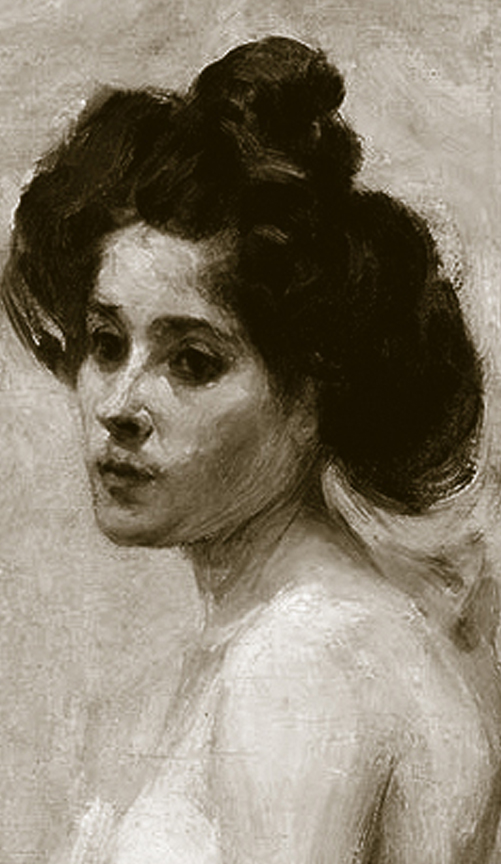 Dunja wrapped herself in a sheet while resting from posing as a model. The master "just took her for modelling and worked himself with the students, and then right away cast her in bronze and displayed it". 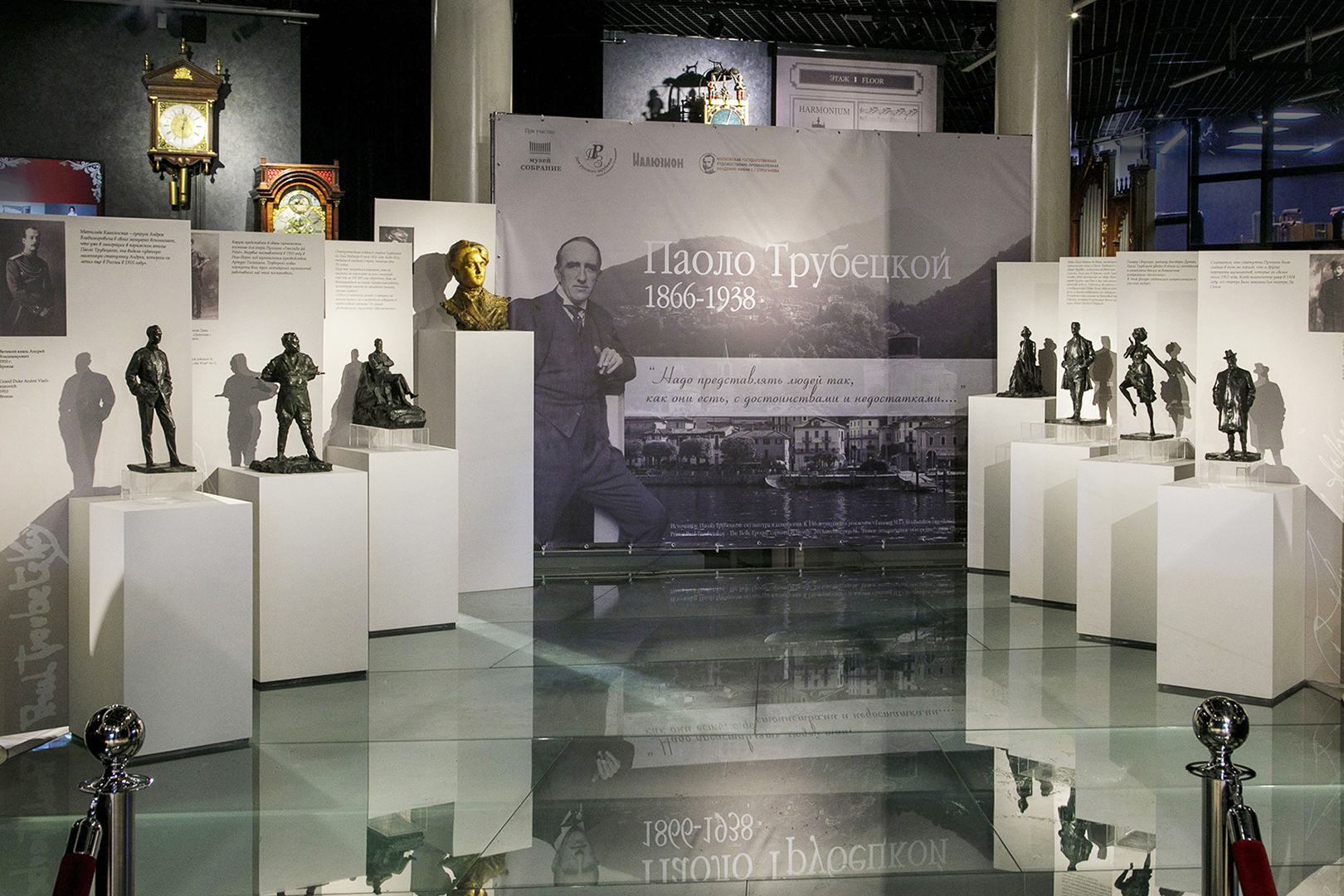